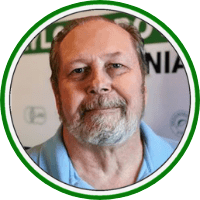 I knew how Adept Solutions worked. They were knowledgeable and professional, and they quickly got things done.

When Richard and John Taylor were growing up, the family business was a 90-acre farm that came with chores. They helped their dad plant and harvest the cherries, peaches and plums that were sold at the family’s thriving Highway 99 fruit stand.

In the 1970’s, the two young men joined the family business full time—and that’s when things began to change.

Instead of growing a variety of fruit, they decided to focus on prunes. And instead of using the chemicals popular at that time, they began growing organically. The result was sweet, organic prunes that would earn a reputation for quality worldwide.

When Virgil Baker joined Taylor Brothers in 2013 as the controller, he was given a computer to use that was considered the “server,” and he learned that the payroll girl’s computer held all the files. There was no backup and the computers had aged.

Virgil quickly realized this was not a good situation—data could easily be lost or compromised. Adept Solutions was the technology company his previous employer used, so he called Adept and a consultation was scheduled.

We now have a good technology system working for us. We know someone is always watching our network and we can focus on work.

The Adept team did a Discovery which included learning about Taylor Brother’s business processes and goals and conducting a site survey of their current technology. A network was designed with a centralized server, new computers, new wiring, and a hybrid cloud backup solution. A firewall and security software added layers of protection from cyber threats.

The entire network was added to Adept’s 24/7 monitoring to pre-emptively take care of issues before they caused downtime. Ongoing onsite preventative maintenance was scheduled as well as Technology Business Reviews.

Taylor Brothers Farms is now the world’s largest organic producer and global distributor of organic prunes and prune products with offices in Korea, Poland and Japan.

In Korea, their prunes are sold in Drug Stores because they are considered a health item. Studies have shown prunes slow and prevent aging, help prevent diabetes and obesity, help prevent bone loss, are vitamin and mineral-rich and relieve constipation.

In addition to supplying the world with healthy, sweet prunes, Taylor Brothers’ mission includes being good stewards of the land with their innovative reduce, reuse and recycle processes. They also support young farmers and agricultural entrepreneurs with educational scholarships.

Locally, you can find Taylor Brothers Farm prune products at New Earth Market in Yuba City. Learn more about this company at their website: https://taylorbrothersfarms.com/